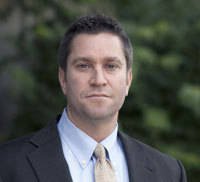 Please be advised that sending an email to us does not establish an attorney-client relationship. We do not represent you until we communicate to you that we are willing to represent you.

James Elliott has been practicing law since 1998.  He has significant experience in a wide range of civil litigation, including employment, agriculture and contract disputes. His litigation experience includes practice before both state and federal courts at both the trial and appellate levels.  He also works with employers on employment issues including union negotiations and preventive measures for employment disputes.

Mr. Elliott has been named a “Rising Star” by Washington Law & Politics.  He also has been active in community organizations and served as Board President for People for People.  He has coached youth soccer through the Yakima Youth Soccer Association.